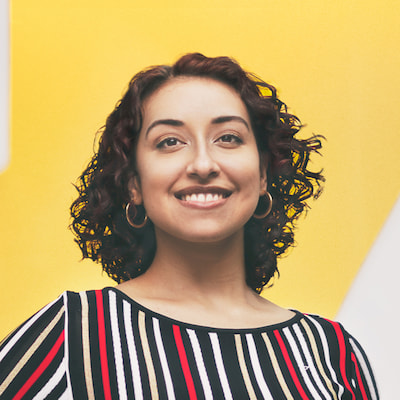 (How to “be the change we want to see”- Gandhi)

In even the most progressive of business cultures, in the most progressive countries, women everywhere continue to face a range of strictly gender-based challenges upon entering traditionally male-dominated workspaces. From “closed meetings” to “glass ceilings” women are still met by significant hurdles that their male counterparts typically are not required to clear. The increasing overall percentage of women in the workforce—along with a greater amount of attention to the cultural and hierarchal inequities unique to professional females—has enabled a trending shift towards greater cultural sensitivity, but this cultural sensitivity has thus far done little to significantly realign the real gender-based power imbalance.

Perhaps nowhere is this imbalance more evident than in the tech sector.

The technology industry has historically been a vast desert of opportunity for women, and occasionally even an openly hostile environment for female entrepreneurs. From biased educational opportunities to segregated entry-level openings to “No-Fly Zoned” managerial-level advancement, the heavily biased, reactionary perception that women simply, “aren’t as interested in tech”, as their male counterparts has allowed and excused the exclusion of qualified female contributions at every level. As a direct result, of course, this has also created a severe lack of role models and professional mentors for the next generation of women poised at the wrong side of the tech castle drawbridge.

Given the context of this wildly tilted playing field, it’s small wonder that currently less than 1% of all risk capital is allocated towards women. At Wellstreet we’ve experienced this huge disparity from the other side, as we rarely encounter female founders willing to enter our investment pipeline due to the unbalanced weight they must carry in and then manage. We trust, however, that understanding, exposing and then correcting these historic inequities is not only a necessary step in our own evolution; but also the prompt and proper action that will get us where we want to go.

To that end, in 2018 the Wellstreet Group decided to take action regarding certain specific social challenges—such as the housing problem in Stockholm—which so many startups encounter but that the more traditional business sector has so far shied away from tackling; all while happy to leave the government to discover the necessary creative solutions. Fair female access to opportunity within the tech industry, however, was clearly one of the challenges that we felt we could not just pass off to the whims of governmental bureaucracy. As active investors in the future of tech, we realized we had a responsibility to find a way to break the self-defeating cycle that shuts far too many fertile female minds out of the tech loop.

Recent studies have shown that educational obstacles begin to emerge for women as early as high school, when girls are either implicitly or explicitly discouraged from pursuing technical subjects and/or tech career paths. At Wellstreet this single example clearly demonstrates a bottom-up problem that needs to be tackled at its roots. As keen investors we know that it’s difficult to imagine what you can’t clearly visualize, or have never experienced, so the scarcity of women in technology—and its resulting lack of women in leadership positions—has undoubtedly had a significantly negative impact on the next generation tech entrepreneurs. As a result, we want to “be the change we want to see”, as well as to drive that change in the forward direction it must go to succeed, and then sustain.

One way we’re doing this is through our unique partnership with the Swedish Department for Economic and Regional Growth, Tillväxtverket, whose focus is to broker successful initiatives which will actively open opportunities to the previously ignored percentage of qualified, future  female role models ready, willing and able to take on the challenge!

Tillväxtverket oversees Startup Sweden, a startup accelerator that offers young entrepreneurs a wide variety of educational programs with practical advice and concrete tools for successfully building new business opportunities. In conjunction with Tillväxtverket, our initial project was the Femtech Bootcamp, a one-week program to stimulate growth in ten chosen startups either exclusively founded or jointly co-founded by women. The program is now offered annually and selected companies from all over Sweden then have access to training in business development, as well as the opportunity to partake and network in the emerging Stockholm startup scene, all while working with many of Sweden's top tech stars, investors and potential clients.

If one reliable method of showcasing women in tech for younger generations is to create a viable space for new female leaders to shine, another way is to ensure that those women who have already had success get recognized for their work within the usually narrow-minded tech corridors. We know of numerous powerful women who have inspired us, and since Jessica Dick took the reigns as Wellstreet’s Chief Investment Officer we’ve engaged even more in the female tech and investor scene inside Stockholm. As our CIO, “Jess” relocated from London and is now actively building her own network, as well as confidently aligning us with this overdue movement towards greater inclusivity. And as we learn from her and support her in strengthening vital connections, we also extend ourselves the opportunity to engage even more new female entrepreneurs, which we’re confident will open new doors of success for all.

The vital importance of prominent female role models also drove the second initiative we developed—this time together with SUP46-Startup People of Sweden—for a sizable event developed by Tillväxverket called, Sweden Demo Day. The Female Founder Forum gathered a panel of extraordinary women in the fields of startups, entrepreneurship and technology development. Five of these female leaders shared with us their formative educational experiences, the professional paths they’ve marched, and the daunting managerial ladders they climbed during their journeys to success in the male-dominated environment of technology. Questions that drove the conversation and then arose as a result had much to do with the prominence of gender bias in raising capital, how to change it, and also when to choose bootstrapping, or other financing alternatives, as an option for women. Prior to the event, we performed our own research regarding what women felt were among the main obstacles, and the conversation that occurred at the Female Founder Forum both highlighted and illuminated many of the specifics surrounding these issues.

One example of somewhat unexpected controversy was the inclusion of men in these discussions, events, and initiatives, as well as the future role men might play in solving some of the immediate issues, as many women continue to feel less than completely comfortable raising their voices within a largely male-dominated hierarchy. The necessary behavioral shifts that are required from all, and for men, to gain a greater consciousness of the causes and effects of ongoing issues remains a rough sea to navigate and we at Wellstreet understand that we still have much work to do to reach healthier, more prosperous shores.

We’re only just setting sail, but we do hope that we have an abundance of fair weather ahead!