DanAds Raises £3.5M and Anders Borg is the New Chairman of the Board 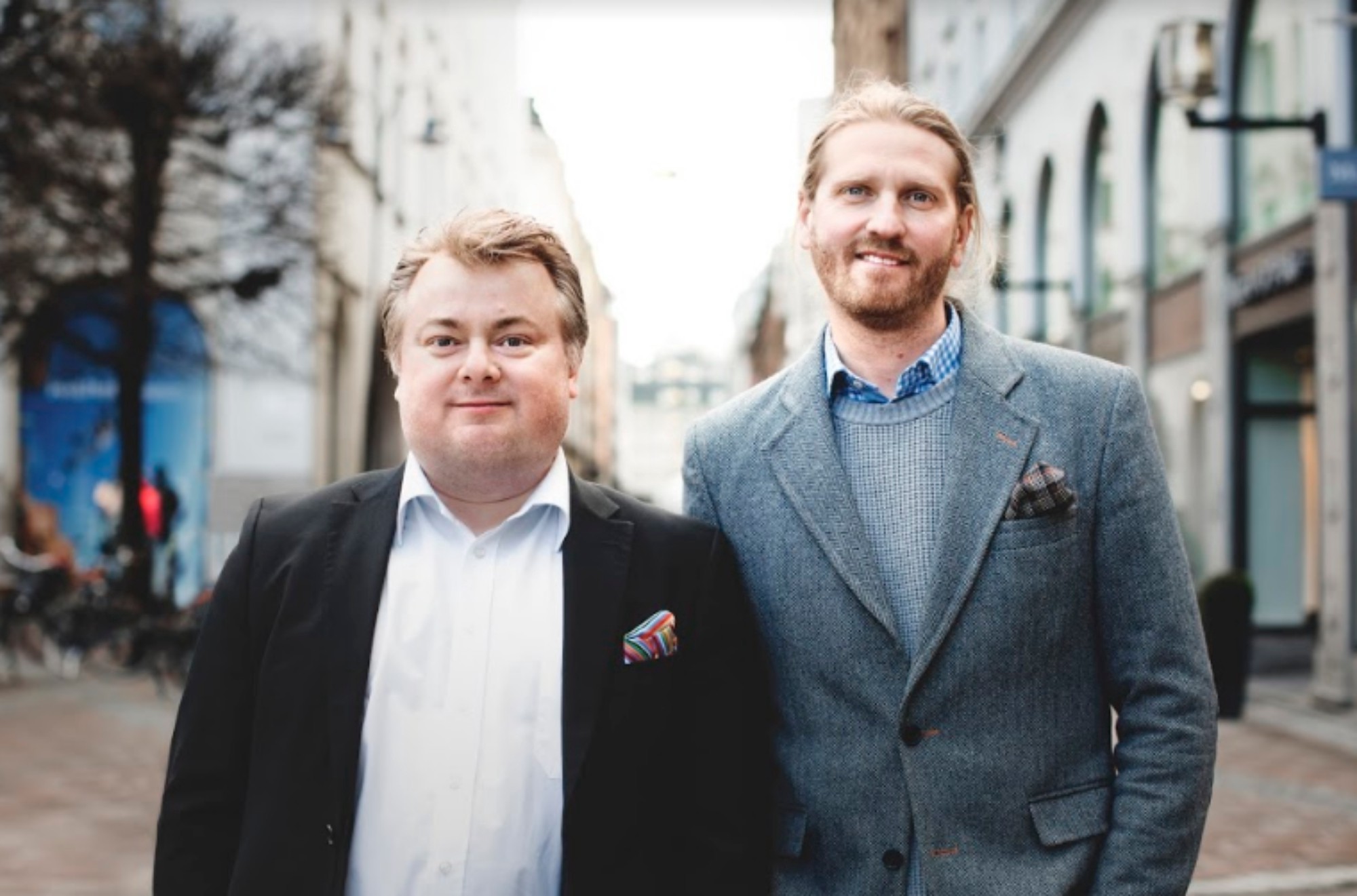 The self-service advertisement platform provider was featured in Dagens Industri and UKTN. The company commented about their latest investment round of £3.5M, that was led by Wellstreet. Besides that, the new Chairman of the Executive Board Anders Borg and the exciting expansion plans were also disclosed in the articles.

We are happy to lead one more investment round in DanAds! We are very proud of the team and the company's development. We know you'll keep up the great job while scaling all across Europe and in new verticals.

Together with founders Istvan Beres and Peo Persson, we'd like to welcome the newly appointed Chairman of the Board, the former Swedish Minister for Finance Anders Borg. The Board was also strengthened with the recruitment of Sophia Spala, partner at Setterwalls Advokatbyrå and Kristina Schauman, former CFO of OMX, Carnegie and Apoteket AB, and non-executive director on the board of BillerudKorsnäs, and Nordic Entertainment Group among others. Welcome on board!

We reproduce here DanAds press release about investment and board changes.

SWEDEN, 29 APRIL 2021 - DanAds (www.DanAds.com), the leading provider of self-serve advertising infrastructure, today announces that it has raised $5M funding, led by the founders at Wellstreet. This brings the Swedish-based company’s total valuation up to $44M, double that of September 2020, as it gears up for further expansion into both the European market and new verticals, mirroring the success already experienced in both the U.S. and the U.K. DanAds has also experienced a 125% growth in revenue in 2020 compared to 2019.

Having secured its position as a market leader, DanAds also announces the strengthening of its board with the appointment of key investor and Sweden's former Minister for Finance, Anders Borg, as Chairman. In addition, Kristina Schauman, former CFO of OMX, Carnegie and Apoteket AB, non-executive director on the board of a number of public and private companies including ongoing positions at Nasdaq-listed Afry, BillerudKorsnäs, and Nordic Entertainment Group, and Sophia Spala, partner at leading Swedish law firm Setterwalls Advokatbyrå and Head of Intellectual Property and Technology, have been appointed as new board members. Other notable investors in this round include Hugo Stenbeck, Jonas Sjögren, Johan Andersson and Alexander Hars.

DanAds is currently working with some of the world's leading traditional publishers including The Atlantic, Bloomberg Media Group, Hearst Magazines, Mail Metro Media, and Reach PLC - playing a key role in helping sustain high-quality journalism - as well as some of the world’s largest online tech and streaming platforms such as Roku, SoundCloud, and Tripadvisor. The company’s self-serve technology has fast become an integral tool for those looking to monetize their first-party data and capture advertising spend from companies of all sizes.

DanAds is on a mission to democratize the online advertising market by helping publishers to offer advertisers of all sizes a transparent alternative to the platforms provided by Big Tech. DanAds’ intuitive and automated cloud-based technology enables publishers to receive a greater share of digital advertising revenue by providing a direct line between publishers and advertisers. This has also helped drive down the costs of digital advertising, thereby opening it up to more small and medium-sized businesses: proving particularly important during the pandemic in ensuring businesses can continue to reach relevant target audiences.

Anders Borg, former Swedish Minister for Finance and Chairman of the Board comments:

‍“DanAds has played a pivotal role in opening up a market that allows publishers of varying natures and sizes to compete on the same terms as Facebook and Google, which for a long time have dominated the market. I am, therefore, delighted to be joining DanAds’ board at such a key time for the company.”

‍“This is an exciting time for DanAds, and it makes me proud that our company is able to attract such renowned and competent board members which opens up new avenues of opportunity and marks a significant step in the history of DanAds. We are incredibly grateful to our group of committed and engaged investors for their overwhelming support, and the vast interest we saw within the first 24 hours of the round opening was the best stamp of approval we could have asked for.
I am incredibly proud of the team we have here at DanAds who have helped us to achieve enormous levels of growth, despite the challenges that the past year has brought to our industry, and to also open up our offerings to untapped vertical markets, including TV streaming services. As we continue to grow, this funding will also play a vital role in helping us to continue bringing much-needed democratization to what has long been a non-transparent and closed-off supply chain.”

‍“DanAds is currently on a rapid growth trajectory and we are excited to be on this journey with them. We look forward to seeing the company cement its position as the number one provider in the self-serve technology market.”

DanAds (www.DanAds.com) is the leading provider of self-serve advertising infrastructure, supplying publishers with white-labelled, customizable, and scalable self-serve platforms. Hailing from Sweden, DanAds believes that openness between advertisers and publishers is necessary to increase engagement and drive scale. The company supplies a closed ecosystem in which all operations and data are controlled by the publisher.

DanAds was founded in 2013 by CEO, Istvan Beres, and CPO and Head of Sales, Peo Persson, and currently employs 25 full-time staff at its headquarters in Stockholm as well as more than 70 consultants worldwide. Among DanAds’s clients are some of the world's leading traditional publishers including Hearst Magazines, Bloomberg Media Group, Mail Metro Media and Reach PLC, as well as some of the world’s largest online tech and streaming platforms such as Tripadvisor, SoundCloud, and Roku.