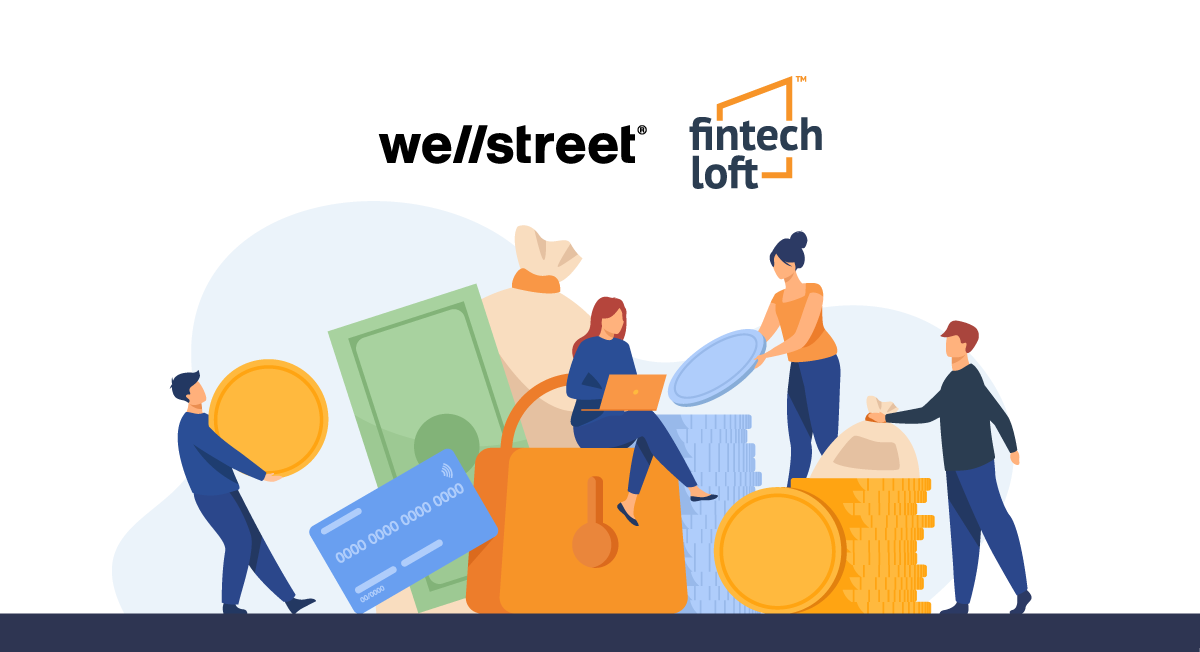 We often forget to look back and acknowledge just how much our lives have changed due to the positive impact of technology. At the end of the 1990s, it was unthinkable to pay one’s bills online, let alone buy stock or place all your investments through the internet. Whether you were paying bills or taking a loan, you were required to make a physical appearance at the bank.

But with the continuous evolvement of technological solutions, our lives became a little bit easier and a whole lot more convenient. Nonetheless, the question arises - being one of the most heavily regulated markets, has the financial side of Fintech been able to catch up with the new emerging technologies?

The Age of Disruptors and Unicorns‍

The evolution of the financial technology, or Fintech for short, truly began on the verge of 21st century in Sweden, when the first wave of change occurred with the niche banks such as Nordnet, Avanza, Collector, and Resurs, disrupting the playing field that was dominated by a few heavily regulated banks. These niche banks, although targeting the market’s preferences, thus catering to the needs of their audience, were unable to break out of the set infrastructure mould managed by the regulatory policies. The regulatory objectives aim at ensuring financial stability and to protect customers, all while preventing financial crimes, avoiding the risk of bank failures, reducing the impact of failures and many more. As a result, banks are not agile or fast enough to introduce much-needed innovations.

It wouldn’t be until the mid-2000s that the first signs of development in the Fintech field appeared in Sweden. With the introduction of the new technologies making leeway for companies like Klarna, iZettle, and Trustly, the rules of the game changed. While the significant Nordic banks were struggling just to keep their nose above the water, to ensure that the regulatory matters are in place, these disruptive startups figured how to use technology to make the user experience even better. Their timing couldn’t be more perfect. Klarna launched its flagship checkout solution when 3D secure technology appeared, providing a more user-friendly solution to that of a PIN code, thereby growing into the disruptive giant we know them as today. Similar things happened with Trustly and iZettle, whereby the latter obtained a lot of traction and was recently acquired by PayPal.

The second wave, known as the emergence of unicorns, has provided us with the possibilities hitherto unimaginable. These tech disruptors have found creative ways with the help of technology, to optimise the user experience. However, while the technology was evolving, the banks haven’t had time to adjust to the emerging technology. This made the opportunity for startups to enter the market and offer better solutions, thus challenging the status quo with the technology they have introduced.

The New Generation of Fintech Startups

The disruptor startups soon gained traction and in a relatively short period of time obtained a significant share of the market. After years of having helped build successful companies like Klarna, iZettle, Trustly and many more, people who are innovators by nature became founders themselves, starting their own initiatives and building startups.

It is not rare to hear about ‘Klarna Mafia’ successes being praised. These are former key executives in Klarna that have further disrupted the industry by opening their own companies.  Nevertheless, the Klarna mafia is just one of the examples of people who have worked in the industry and are now challenging the status quo even further. Some of the companies they have created are Anyfin, Steven, Brite, PFC, StoEr and many more.

Some of the new generation startups which initially started as B2C, have over time realised that the value they can offer is more significant on a B2B level, as they could express their full potential in harnessing data and providing analysis for major corporations on the market. With the higher demand in their services on a B2B level, companies like Tink and Payair successfully transitioned from a B2C to B2B.

The Changes and Challenges the Fintech Industry is Facing Now

The new EU Regulation PSD2 for electronic payment services, that aims to encourage innovation and assist the banking sector to adapt to new technologies, requires the banks to show the transactions inside the accounts, giving the data away to the companies that have the license regulated to the PSD2. This allows for the consolidation of all transactions of an individual into one app or one bank. As a result, the PSD2 along with P27, Solvency II, Basel III and the KYC/AML process regulations seeks to break the indirect monopoly from the major players in the field.

Open banking, by providing third-party financial service providers with open access to consumer banking, transaction, and other financial data from banks and non-bank financial institutions, pushed the fintech industry forward. It allowed the end-users to have more control over their data. Now the users can have data from multiple accounts, cards and banking products of different institutions consolidated into a single app. This not only gives the end user better options in deciding which financial product they need but it also significantly improved their experience as a customer.

In the banking sector, however, the divergence between the infrastructure based on the pre-internet era and the fast-developing technologies keeps on growing. Inevitably, the system is bound to collapse. The divergence between the two has created the need to have a lean bank infrastructure once again. However, this requires a new, bigger perspective in the Fintech area, as we are nearing the end of the cycle. Instead of building cool customer products, technology must be developed inside the banks and the infrastructure built anew. Creating products for the banks will leave room for these legacy institutions to get back on track. As such, we’ll help build the foundations for the next generation of successful change makers.

Levelling the Playing Field: Wellstreet as a Facilitator of the Change

Today, we are at the brink of the fourth wave in the fintech industry. While many of the fintech companies present themselves as more attainable solutions to the legacy institutions in the field, by promising a customer first and more affordable product, the new wave in the Fintech, however, means changing the infrastructure and helping all the actors adjust and move forward.

“After conducting a comprehensive review of the banks' earnings reports between 2010 - 2020, we clearly saw how the cost base increases and revenue decreases. Although most regulatory changes were designed to ensure customers are better protected and that is a good thing, the sheer number and speed of restructuring to be implemented imply high costs for the banks. And the same goes for innovation. If you need to shift focus from the business to compliance without the right tools and clear directives, the power of innovation will be affected.” says Armando Coppola, Head of the Fintech Loft and Partner at Wellstreet.

The industry needs a change. To achieve it, regulators, politicians and companies need to collaborate on a greater level than they have done in the past. PSD2 and other regulations within the open banking system are changing the experience for the end-users by adding layer upon layer on the existing banking infrastructure that dates back to the 1970s. There is a real need for a better ecosystem and fintech playfield, as the current situation cannot go much further if the existing banking infrastructure remains intact.

For that reason, a number of well known and successful individuals and organisations have joined the Fintech Loft, Wellstreet’s fintech builder, with an aim to connect politicians, citizens, corporations, banks and startups in order to create a common ground in moving forward. The goal is to facilitate the conversation between startups and scaleups, as those who develop technological solutions on one side, with larger banks and politicians who are on the financial side, thereby introducing changes to the infrastructure and regulation.

“As you know, banks are the backbone of our financial system and fintech companies must work with banks to make our financial system more efficient. I strongly believe that Wellstreet, by investing and supporting startups focused on financial infrastructure, could buy the banks time and thus take the next step (fourth wave) in the Swedish and global financial system”, states Armando.

One of the objectives is to help banks and financial institutes (no matter size or age) to become more efficient and adapted to new market standards, by including them in the conversation, since the first three waves in fintech have mainly occurred in parallel, but not in cooperation with them. Our aim is to make the ecosystem efficient, not more expensive, and deliver faster results in a structured way, keeping the focus on the greater good of the customer.

The Wellstreet Fintech Board is comprised of a handful, carefully selected, respected individuals in the industry who are former disruptors and challengers from the first, second and third wave in fintech, and today stand behind the initiative of the fourth wave and the Fintech Loft. The members are Lena Apler (founder of Collector), Carl-Viggo Östlund (ex CEO of SBAB and Nordnet), Kenneth Nilsson (ex CEO of Resurs bank), with Erika Eliasson (dCEO of Lendify and Chairwoman of Swedish Fintech Association) as the Chairwoman of the Advisory board, Armando Coppola (former head of corporate sales at Nordnet, former head of partnerships Avanza) as Head of Fintech Loft and Partner at Wellstreet, Mikael Wintzell (CEO of Wellstreet, board member of Resurs bank and former dCCO Klarna), alongside partners such as Amazon Web Services (AWS), Setterwalls, Oaklins, BNP Paribas, and Nordea.

"The financial industry must be made more efficient. Much has happened in recent years but it takes time to change an industry that is heavily regulated. The potential for change is enormous when cooperation between fintechs, traditional banks, decision-makers and authorities is deepened. I am very much looking forward to the chairmanship of the Wellstreet Fintech Board", says Erika Eliasson, deputy CEO of Lendify and Chairwoman of Wellstreet Fintech Board.

Wellstreet with the investments made through the Fintech Loft aims to facilitate the collaboration, create a better future by filling the gap, and bring about efficiency to the entire system, thereby creating the fintech of tomorrow, the fintech of now.

"Wellstreet is beyond excited to be a frontrunner of the fourth wave in the fintech industry. We are more than confident that by collaborating and forming such a  brilliant Fintech Loft Advisory Board, we are looking into a bright future of fintech", asserts Armando.