X Shore - On the Quest To Make Leisure Sustainable 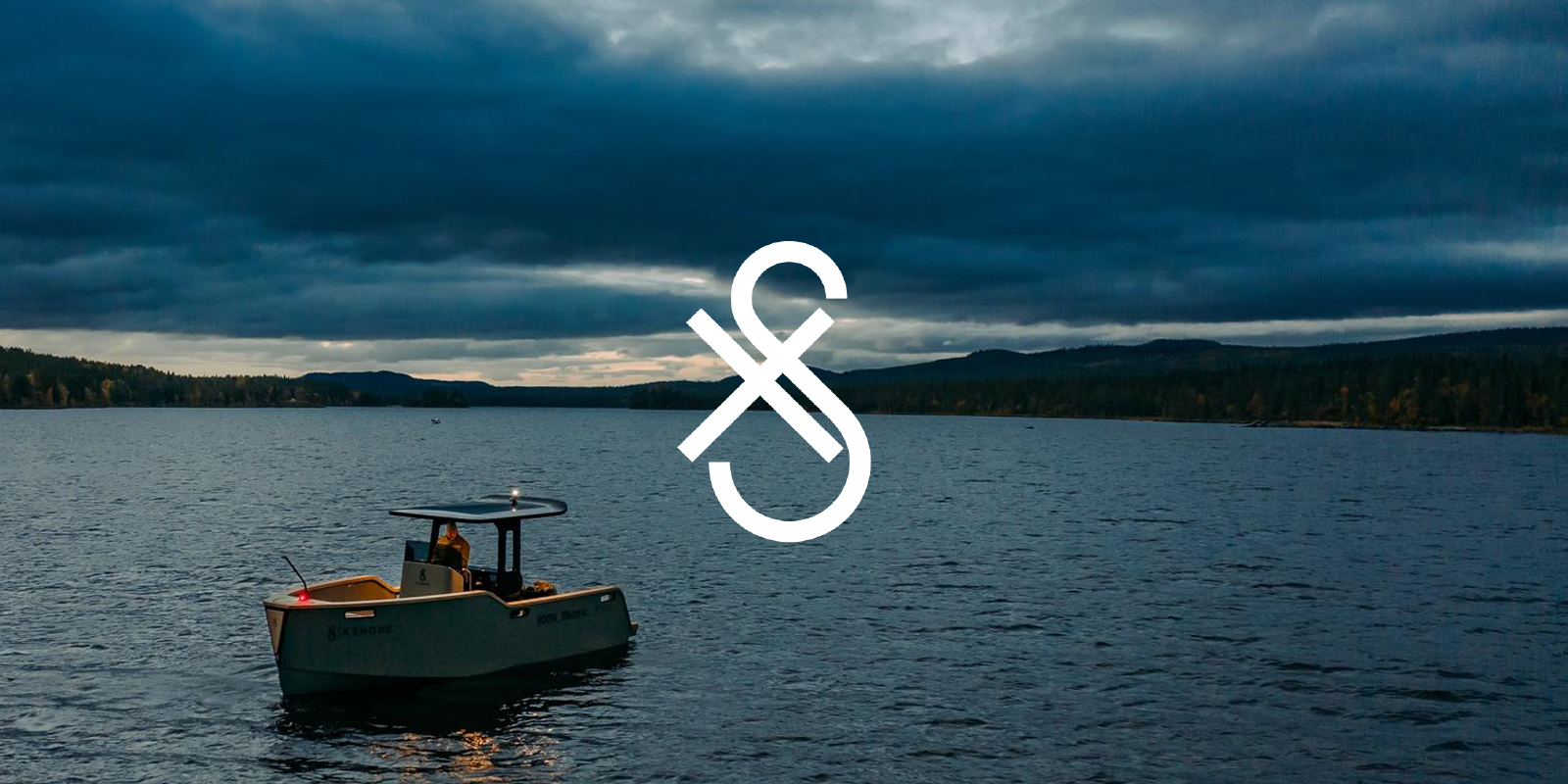 For the past couple of years, the electric boat company X Shore has impressed the industry with Scandinavian minimalistic design and cutting edge technology. Dubbed the “Tesla of the seas”, the sustainability-first drive of the business makes for a corresponding vision of the future as Wellstreet has, which is why they have become part of the Wellstreet Ventures Fund I portfolio.
‍

Created in 2016, X Shore is a company ahead of the curve in many aspects. The upfront objective of providing a nice product to boat enthusiasts is clearly still the primary delivery, but there’s much more to be enthusiastic about. It’s about respecting the planet and seeking to make sure we will be able to relish it for years to come.

For starters, their boats are powered electrically. The process through which technologies that rely on fossil fuels are replaced by technologies that use electricity as the source of energy is a trend in rapid ascend. That’s because the carbon emissions in producing and consuming energy are, therefore, significantly lower, minimal. Apart from the energy source, the electric engine provides a second green aspect, the silence. While the seas and shores are constantly disturbed by the loud noise that motorboats produce, nature’s sounds are all you’ll hear in an X Shore boat.

On top of that, the designing team also had the challenge to develop a structure in sync with nature. It goes without saying that materials that are harmful to the environment were a no-go, to begin with. Thus, technology was key to deliver a clean, minimalist Scandinavian design while also being capable of enduring rough weather. From sports activities to merely wandering admiring nature, the craft should be able to cater to all.

And it does. After two years of working in stealth mode, the company released the eElectric Smögen 8000 Edition in 2018. The impact that X Shore’s first boat model made around Europe through exhibitions and shows was worthy of mention in several news outlets, gaining the new business quite wide recognition from the start— and it was dubbed the “Tesla of the seas”.

Since then, the company has grown in size and power. They also released other boat models, of which the Eelex 8000 - 2021 Edition is the latest and they provide a customizable and interactive experience to the buyer. With such a minimalist design and flexible configuration, they are offered a blank canvas to personalize. All the possibilities to change, though, are still within the brand’s main purpose of conserving the environment and not disturbing the seas or shores.

The captain of this adventurous journey is a well-known figure in the Nordic's tech scene. Konrad Bergström, the founder of Zound Industries, says he has always cherished, respected and learned from the sea and the experiences it can offer, which is why he has kept this project in store for many years. With the help of newer technology and with the incredible knowledge gathered over years building brands and companies, X Shore is the business that represents his passions.

"We want to make a change in the marine industry founded on a respect for mother nature, and the belief that we can improve the seafaring experience, without changing the oceans themselves. We are building better, more ethical ways to traverse our seas," said Konrad.

Wellstreet is proud to be crossing oceans with X Shore. As an early investor, we were able to see the early sprouting of a well-thought out business that strives to care for our environment while providing means to enjoy it. We trust that their future looks bright because of the team they have assembled, with outstanding names such as Oscar Fors, former president of Northvolt, as COO and Jenny Keisu as CEO, a well known figure in the greentech scene. She has pushed for implementation of the United Nations’ Sustainable Development Goals from different perspectives and now drives the change in the motorboat industry. The duo has already expanded the X Shore’s brand recognition to most of Europe and is currently reaching the American market.

Just this week, X Shore released the big news that, after six months of careful decision making, they are opening a factory in the Swedish municipality of Nyköping. They hope to become one of the largest employers in the city, gathering over 100 people between leaders, engineers, operators, fitters and warehouse staff with an industrial background. The factory will be built in previous existing factory premises of 15,000 square meters and will reach full capacity in 2022.