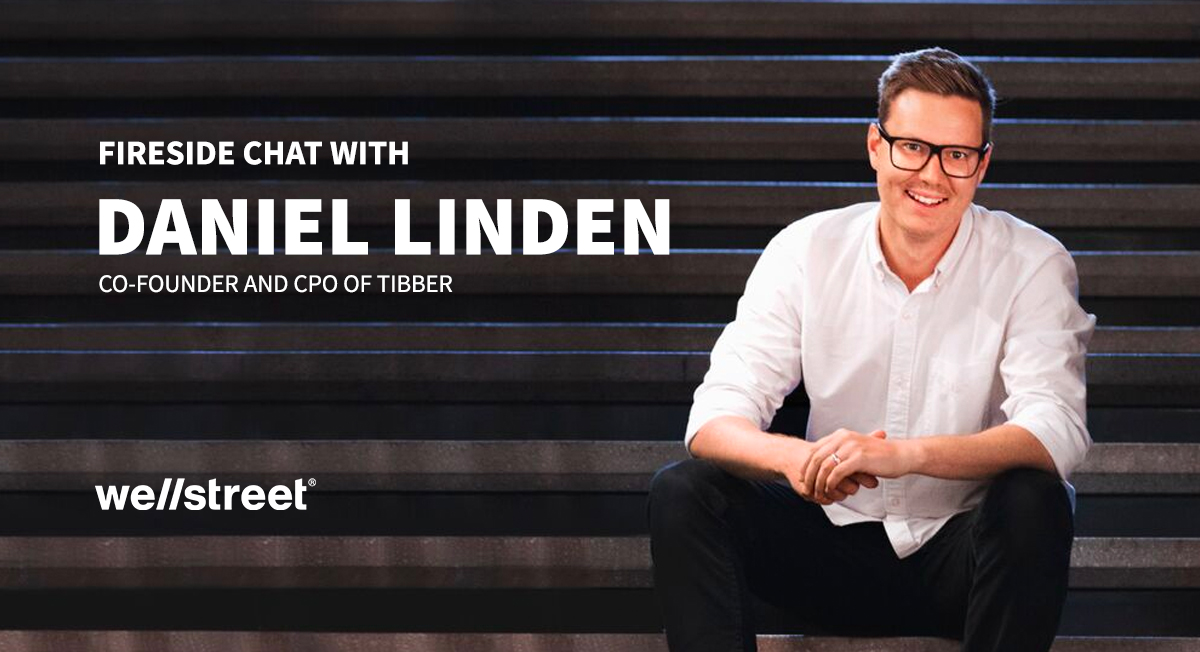 Lastmonth, we had our 5th Wellstreet Launchpad event powered by Google forStartups! The team’s favourite session was our Fireside Chat with one of our alumni companies, Tibber, with co-founder and CPO Daniel Linden and our CEO Mikael Wintzell with focus on product development in a scaling company. We have just released the full video on our Youtube channel and here you’ll be able to read a summary of the session. Enjoy!

Tibber, a Swedish electricity company based on low energy consumption, are Wellstreet alumni that are changing the face of the energy industry. How does their business model work? Daniel Linden, the company’s CPO, shares insights on scaling and product development.

What made Tibber successful?

Tibber is a “paradigm shift” for the energy sector in many aspects, says Daniel. The company allows households to save energy and money with its app, which scans suppliers for the cheapest electricity prices at the best times of the day.

Alongside the app, the business also sells smart, energy-saving hard equipment. “We help consumers basically consume as little energy as possible,” says Daniel. The traditional lack of customer engagement with energy companies was also something that Tibber wanted to change.

How was the company scaled?

The company founders had a clear vision of its complex product portfolio from the very start, deciding to build technology that they wanted themselves, which a lot of people would need.

After two years of groundwork, the customer-facing side of the business took off, with price-point a starting principle.

Tibber’s app is based on a subscription model, which wasn’t scalable, Daniel said. So the company began offering ‘power-ups’ – integrated technology that can optimise energy usage even further.

The products are stand-alone, which avoids the “hard sell” of a fully integrated subscription.

Combining the two is also an interesting model, he says. The app drives consumers, while the hardware boosts the subscription lifetime. Margins are lower compared to a traditional hardware company, while with continuous revenue, there is reduced risk.

The technology hardware began modestly, with one or two devices, while ongoing research and development means that today there are thirty.

What is Tibber’s marketing strategy?

Marketing Tibber was an “extremely steep learning curve” at the beginning, explained Daniel. The company reached beyond its core, inner circle of consumers, to the outer layers. This is a strategy Tibber developed at Wellstreet and is now the investment company’s “blueprint” in scaling a consumer base, says Mikael Wintzell, CEO of Wellstreet.

Rather than conventional social media campaigns, which took an “inside-out perspective”, Tibber’s founders realised that organic referrals, which began with the target group, could yield better results.

The idea of turning its fans into advocates led to its referral program, which is tightly connected to the products themselves. Trusted advice also helps consumers differentiate Tibber from its competitors.

How did Tibber deal with recruitment?

“Every person you hired pushed you quite a lot as well,” observes Mikael. Yet, according to Daniel, recruitment is one of the company’s biggest regrets.

An early strategy was to hire people they knew by recommendation, which initially worked well. But after the networking dries up, the search became complicated, says Daniel. Scaling people quickly, while retaining a high level of engagement needs investment, he concludes.

He urges start-up founders to build a recruitment strategy as soon as they start scaling their business,  which pays off in the long-term. “It's really hard to find super talents, especially when you're kind of unknown,” he explains.

How did the company plan for new markets?

Similarly, planning ahead is advisable, says Daniel. Building a product over time and then entering a new market is a big effort – “is easier to start from scratch sometimes,” he admits.

The company’s newest market is Germany. Knowing from the start that Tibber would be international, the business was founded in two countries: Sweden and Norway.

As a cross-market platform, Tibber was able to handle currency exchanges, different market rules and language support from the get-go. Hoping to become a European market leader, the founders mapped out generic and specific factors for each target market.

Long term vision is crucial for the company, says Daniel. “Because, if we hit the road bump, we still know that this is the long term run.”